Dr. Virgil Elings is a former professor of physics (UCSB) and co-founder of Digital Instruments. Under Virgil’s leadership, this company became the world leader in design and manufacturing of Scanning Probe Microscopy instrumentation and brought thousands of DI microscopes to research and industrial labs round the world. Dr. Elings also has had a long-term interest in collecting vintage motorcycles and shows his collection in the Solvang Vintage Motorcycle Museum that he founded in 2002. In recent years several US Universities and Santa Barbara community have benefited from Dr. Elings’ philanthropic activities. Virgil’s experience and expertise in scientific instrumentation, which is based on creative criticism, are implemented in SPM Labs developments.

Sergey is an expert in control engineering and software design, with solid knowledge in mathematics and physics. Since he joined Veeco Instruments in 2002, his developments in the field include complete software for the micro-cantilevers array device, probe calibration routines, theoretical backgrounds and practical implementation of quantitative nanomechanical studies, projects in defect recognition in AFM images and automated AFM/Raman integration. In addition, Sergey has designed an AFM Simulator for calculation of AFM images of model structures in oscillatory and contact modes. In the last years his work with NT-MDT Development has been aimed at theoretical development, software design and practical implementation of advanced AFM modes (amplitude modulation with phase imaging, amplitude modulation with frequency imaging, frequency modulation, non-resonant Hybrid mode, etc.) These efforts were based on the use of FPGA, digital lock-ins, PLL and various filtering, control, and analysis algorithms. Sergey’s current interested are in AFM-based viscoelasticity studies, iterative learning model predictive control, and machine learning for AFM image and spectroscopy analysis. 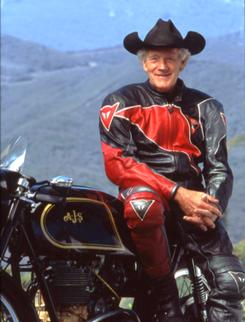 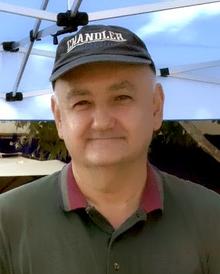 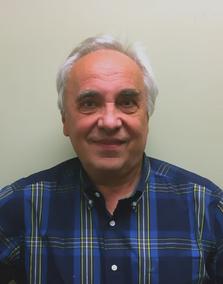 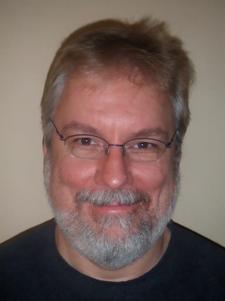 Since 1988 Sergei has specialized in the Scanning Probe Microscopy (SPM) field, heading up the STM/AFM lab at Freiburg University and acting as Lead Application Scientist at AFM manufacturers such as Digital Instruments/Veeco Instruments, Agilent Technologies and NT-MDT. Throughout his career, Sergei has written and published 1 book, 15 reviews and chapters, and over 200 peer-reviewed articles;prepared application notes, lead webinars and lectures in which his expertise in STM and AFM applications is presented. A large part of his practical work is related to AFM studies of polymer materials and he has consulted several industrial companies in the field. Over the last 6 years, Sergei has been in charge of NT-MDT development, where his work focuses on the use of new AFM techniques and exploring AFM capabilities for quantitative analysis of local mechanical and electric properties.Additionally, Sergei has several patents for SPM-related inventions.

​John is a physicist, he came in touch with SPM instrumentation during his student years when he built an STM in 1986 for use in his graduate research. Since this time John is deeply involved in design and creation of SPM and AFM microscopes and related instrumentation. His industrial expertise has been developed at a number of SPM companies (Angstrom Technologies, Park Scientific Instruments, KLA-Tencor, Molecular Imaging/Agilent Technologies and recently at NT-MDT Development). John has advanced skills for design and implementation of electronic controllers and other electronic components of scanning probe microscopes. He is also very knowledgeable with all mechanical and piezoelectric components of such devices and their functionality. His deep knowledge of the physics of the electronics, and mechanics of the microscopes gives him an edge on reducing the total noise in SPM systems. John is particularly familiar with design and performance of AFM-based electric modes, which are related to probing of local current, surface potential, dielectric permittivity, Seebeck coefficient and other measurements in a broad frequency range including the microwave region. Innovative efforts of John Alexander are presented in ten US patents and over thirty publications in the SPM field.